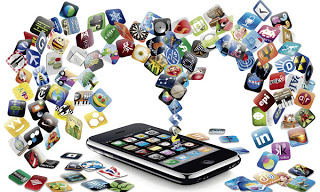 A lot has been written about social media, mobility and their relationship to one another. In this piece I want to make the argument that social media's power is that it enables mobilization.

In his famous paper, "The Strength of Weak Ties," Stanford sociologist Mark Granovetter discusses how weak ties (contacts of your closer friends) may be more useful to a job search than your closer circle of friends. This paper is commonly cited in articles about social media, and is often referred to as "weak tie theory." Another famous researcher, Oxford evolutionary psychologist Robin Dunbar, proposed that 150 social connections is the maximum number of people that we can maintain stable relationships with. This is often referred to as "Dunbar's Number," (and is the premise of upstart social network Path).

The reason I mention Granovetter and Dunbar is that their combined work gives a glimpse into the increased mobility and reach that social media provides its users. Consider that the average number of friends on Facebook is about 245. If we use Dunbar's number and say that 150 of those people are "close ties," and each of those people  have 150 Friends who are now "weak ties" to you - your extended network would be greater than 20,000 people (although with duplication it's probably more in the range of 10,000) plus another 100 weak tie connections that you personally maintain.  If you are active on Google Plus or LinkedIn, the extent of your effective network increases further. This network of people may have theoretically been in place before, but it was effectively unreachable. Social media has enabled our "weak tie" networks on a historically unprecedented scale.

But that's not all. For each of us (at least so far as Facebook goes), our network is typically divided into four clusters of no more than 100 people each. So, our weak tie networks could easily extend our effective reach into two or three social communities that we're not acquainted with. And up until about age fifty, our Facebook networks consist primarily of people of similar age.

For a typical user, social media has enabled a "weak-tie" network of at least 10,000 people of similar age but varying social circles. But how many connections would we otherwise have? The New York Times just wrote a piece estimating that each person knows about 600 people. Assuming that number is correct for pre-social media times (it probably isn't), that means that social media has given us access to thousands more people than we would have had before.

Consider Granovetter's example of a job search. When he wrote his "weak-tie" paper, each person may have known 600 people. But if I was looking for a job, I probably couldn't mobilize all 600 people that I knew and rely on them to mobilize another 600. Now, I can go into LinkedIn, find a job that I want and see exactly who I know that can introduce me to the hiring manager. Or I can search for a hiring manager using Facebook's Graph Search and see who in my network may know them. Thanks to social media, I can effectively utilize a network of ten-thousand with a few clicks.

About the author:
Jim Dougherty is a writer at leaderswest.com

Posted by Ancita Satija at 6:53 AM