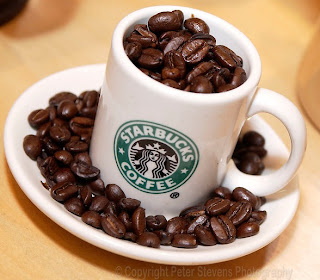 Caffeine. There is no way I can start my day without a cup of coffee. (I’m sure most of you reading this  post have an addiction to either coffee or tea.)

For all the coffee lovers in Delhi, Starbucks comes toIndia! I’m glad that at last I’ll get to drink the “Starbucks” coffee. The sinful coffee that I’ve heard so about from my friends and family, but haven’t had a chance to taste.

Considering how active we all are on social media sites like Facebook and Twitter,  when Starbucks opens its Delhi location, I’m sure I’ll be among the first customers to visit them, and of course check-in at Foursquare/Facebook and tweet about it too!

Will it be unrequited?

According to an experiment conducted by Customer ServiceInvestigator (CSI), well-known brands like Starbucks, Visa, Walmart, and Apple do not bother to respond to their customers on Twitter.

The experiment was conducted by sending 280 tweets over a span of 26 days to 14 of the biggest brands in the world. The brands were measured against two parameters:

It’s ironic that as more and more people are turning to Twitter to engage with each other, the value of engaging people digitally has still not been realized by some of the most popular brands across the world.

To quote some insights from a report by Ethinos DigitalMarketing 2012:


Keeping the above statistics in mind, there is a need for brands to tap into online resources and engage consumers more through social media platforms such as Twitter. While there is a need to engage consumers through online platforms, it is equally important for brands to respond to the customers as well in real-time. As you can tell from the CSI experiment, the speed with which one responds is a major factor in the perception people have of the brand.

Considering that Starbucks is expanding its outlets across the globe and has now ventured into India, it will be interesting to see how well the company manages to engage with Indian consumers online.  It is also fascinating to see that the Starbucks India Facebook page already has more than 14,000 (and counting) likes, and their India-specific Twitter page has more than 800 (and counting) followers.

I’m sure Starbucks will create a huge stir when it enters Delhi  just as it did when it entered the Mumbai market. However, unlike the US, UK, and Australia, where Starbucks is synonymous with the word “coffee,” India is a completely different ball game.

You see, most of the Indian urban population is already used to the coffee culture at places like Café Coffee Day, Café Turtle, CostaCoffee, Barista and Coffee Bean & Tea Leaf to name just a few! And that’s not even mentioning the non-urban population that has imbibed traditional Indian coffee the old-fashioned way, such as Kerala coffee, or Mysore coffee, for generations.

I believe that after a period of excitement, there will be a lull, and Starbucks might become just another coffee shop in the country. Given the demographics of the Indian market, it won’t hurt if Starbucks tries to engage a bit more with Indian coffee lovers.

In fact, Starbucks should do what it does best; brew not only coffee, but a few tweets as well.

Do you think the key to success for any brand is to constantly engage with the customers through all possible platforms? Or do you feel a popular brand like Starbucks can do away with social media platforms like Twitter?  Is there a need for Starbucks to brew some Tweets? I’d love to hear your thoughts!
Posted by Ancita Satija at 12:14 AM