The Transformational Journey of Dell - from Hell-being to Well-being 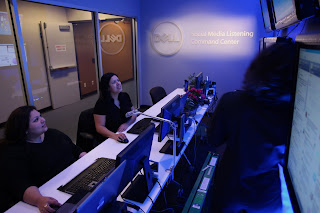 It was back in June 2005, when Dell Inc. received some major complaints concerning its customer support services. Blogger Jeff Jarvis who coined his blog as “Dell Hell” posted a series of negative blogs about the Dell laptop he’d purchased. Within days, his post caught the attention of others who also had bad customer experience and “Dell Hell” began to catch the attention of the mainstream media. While Dell was surrounded in the negative limelight, it continued silence on the issue which resulted in Dell’s dipping sales and reputation.

Listen-engage-act is the mantra of success for companies/brands in the social media space. While Dell was late to realize the power of online communication, but today it has the most sought after social media communication strategy.

The company's command centre has multiple display screens and manned stations which track web mentions across the globe. It’s also remarkable to note that Dell launched SMAC University (Social Media and Community) to train its employees on various aspects of social media and since then it has trained 5000 staff.

Michael Dell, CEO, Dell Inc. said it right that “You want to have big ears and be tuned in to what’s going on out there in the marketplace.” It is fascinating to see that the top management in the organization is realizing the business value of social media and championing the initiative. Dell is an excellent example of how social media can be used by organizations to improve customer experience.

I believe the Social Media Listening Command Centre is an excellent way to listen, engage and act to the customers’ real time. All this totally shows that Dell has made a strong come-back in the online media and learnt from the mistake once made back in 2005! What do you think?

Posted by Ancita Satija at 8:25 AM