Women and Entrepreneurship in India 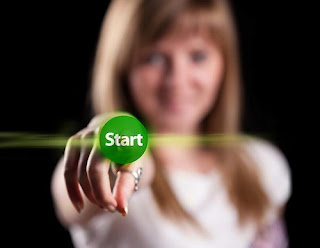 According to a recent study commissioned by Dell, India is the ideal country to be in if you’re a women starting a business in 2012. The Indian Economic Outlook Report 2011-12 indicates a GDP growth rate of 8.2% and women entrepreneurs in India have good reason to be feeling bullish. Everywhere you look; there is an Indian woman in pursuit of the entrepreneurial dream.

While a survey by Women’s Web Women & Entrepreneurship in India 2012 shows a significant rise in female entrepreneurship in the country, there are a still few challenges that they face to achieve success.
As most of you would agree, Indian women give more emphasis than men to family ties and relationships. Married women have to make a fine balance between business and family and the business success also depends on the support other family members extend to women in the business process and management. Other key challenges include financial backing, knowledge of technology, processes and legal issues.

That said, women in India have done very well for themselves and the country.  Indra Nooyi – Chairman and Chief Executive Officer of PepsiCo, is the most well-known face amongst Indian businesswomen, HP Managing Director Neelam Dhawan, ICICI Bank Limited Managing Director and CEO Chanda Kochhar and IBM India CMO Virginia Sharma are just a few examples that exemplify the strength of Indian women.

While there are women who have become successful businesswomen and role models for the Indian Industry, there are others including Ekta Kapoor who changed the face of Indian television, Neeta Lulla who is an Indian fashion stylist and made a mark for herself in the fashion industry and Shahnaz Husain, one of the most prominent Indian female entrepreneurs known for her herbal cosmetics and beauty products.

The above names might sound familiar to you, but I came across a very interesting start up named ‘YourNextLeap’ - A venture that was selected amongst India's most promising start-ups at Proto 2011 and UnPluggd 2011. YourNextLeap is a recommendation engine which acts as a virtual career counselor to help students make smarter career decisions. It involves a suite of applications, which use psychometric evaluations and math models on past admission patterns, to give out personalized suggestions.

And guess who is the founder & COO of the company? A woman of course! Suruchi Wagh, founded YourNextLeap which was recognized as India’s most promising Startups.

Without a doubt, more and more women are coming out of the shell and making a name for themselves and making that leap!

In my earlier blog post I discussed entrepreneurship might sound fancy, but few people realize the hardship that comes with it. To support the talent, to support the entrepreneurial dream and to support the women who are aspiring to be successful entrepreneurs, Startup Weekend is the platform to be at! For what has been a male- dominated space, women are increasingly taking over that space and leading their way.

Startup Weekend will provide the necessary support to aspiring women entrepreneurs and also be their backbone in achieving their end goals. If you think you have it in you and have an idea to share, please be a part of the 11th event of Startup Weekend India in Delhi from September 21st – 23rd, 2012.

Register Now! And follow Startup Weekend on @swinindia
Posted by Ancita Satija at 10:44 AM