Crisis Communication in the Digital Age 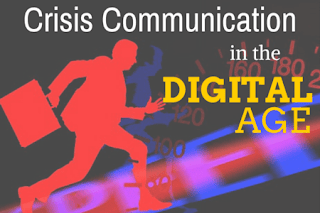 We live in an age where the most insignificant events can go viral within minutes and can put the brand reputation at brink. Today, if a crisis breaks, we turn to Google or social networks including Twitter and Facebook. Gone are the days when we would wait for the news on TV or the next morning’s papers.


Blame the internet or the audience’s habits for the new age of crisis!
Brands no more have the luxury of time to consider a response to a crisis situation. Social media/networks work as a platform where netizens add fuel to the fire and amplify the situation further.
That said, it is imperative for brands to have a social media crisis strategy in place to be able to react quickly and minimise the damage.
In Chinese, the word “crisis” is made up of two words - “Danger” and “Opportunity.” For every danger that a crisis presents, there is an opportunity for the brand to show who they really are. It is an opportunity for the brands to #ShowUCare.
Here’s an interesting example of a brand that handled a crisis situation well on social media in my opinion.
A woman accused ‘Taxi For Sure’ driver of Sexual harassment on July 02nd, 2015. She put her complaint out through Facebook & Twitter. 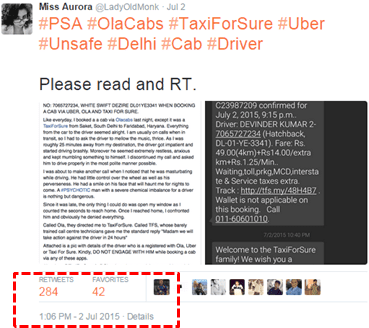 It gathered momentum online over the course of the day. Taxi For Sure responded to her tweet on the same day and contacted her offline as well. They also addressed posts by other supporters on the matter as well. 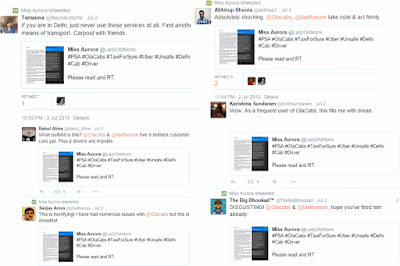 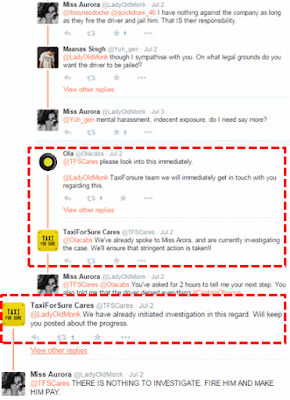 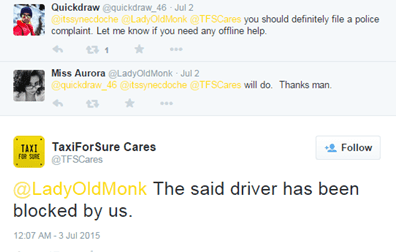 She continued to post her discussions with Taxi For Sure on social media and drive support.
The crisis situation was handled well in time by Taxi For Sure. The company responded immediately to the accused on Twitter and also reached out to her offline to settle the situation.
Interestingly, while the crisis broke on July 02nd, it was carried by the print media only on the July 07th. Of course Taxi For Sure was prepared and responded adequately – condoning the act, stating action taken and reemphasizing their focus/initiatives around passenger safety.
The news cycle died down both in print and social post July 08th. 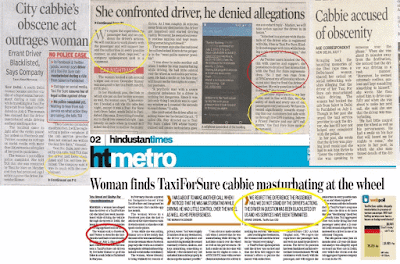 I believe, this is a great example of how crisis communication has evolved over time. When social media wasn’t in play, there used to be one way communication with the audience by the brand. Perhaps issuing a quote to the media and speaking to reporters to settle the situation was the only way to manage crisis.
However, with social media, brands can immediately have a dialogue with their audience and minimise the damage by reacting quickly.
What do you think are the best practices for dealing with crisis in the digital age? I’d love to know your thoughts!
Posted by Ancita Satija at 5:41 AM