When the #AndroidOne launch in India went mute

Few weeks back Apple launched its iphone 6, 6+, Apple watch and Apple Pay. I’m sure most of 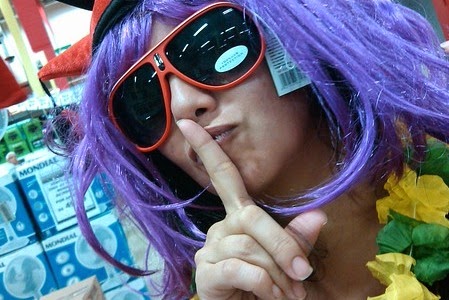 you must have tuned to Twitter and Apple’s live streaming to get real time updates on the announcement.

That’s how we have started consuming news, breaking news or any big announcements happening across the globe. Isn’t it? We love to share interesting news, stories and engage with the community.

But I guess the biggest search giant thinks otherwise!

AndroidOne – the launch without a social strategy

On a lovely Monday morning, Google was all set to host firm’s first global launch in India - AndroidOne. The idea behind launching AndroidOne was to cement Google's position in the low-cost smartphone segment for the "next billion" users, especially in developing countries like India.

Like any other big event, I assume that the pressure on Google India and the top down hierarchy was to ensure the event went smoothly and everything was perfect! Needless to say, making sure all top media/bloggers attended the event and got the firm the coverage it deserved for hosting their first global launch in the country.

Amidst all the madness, in my opinion, little did anyone think of a well planned social media strategy. Like every tech enthusiast, I glued to my Twitter feed to check updates on the announcement.

While everyone excitedly went on tweeting on their way to the event and anticipated Google’s announcement, it actually fumed the journalists/bloggers when they reached inside the venue and got to know that the event was under embargo and no one in the room could share any live updates/information on social platforms.

How can you possibly stop everyone in the room from sharing updates without any prior notice of an embargo?

The event which started by noon was under embargo till 2:30 PM and the sale for AndroidOne products was slated to start from 3:30 PM on e-commerce websites including Amazon, Snapdeal and Flipkart.

It did amaze me when I started reading the tweets from media and I wasn’t really sure whether the launch is going to be a success or will the embargo kill the excitement around the launch.

Here’s a sneak peek of what the media/bloggers/netizens had to say: 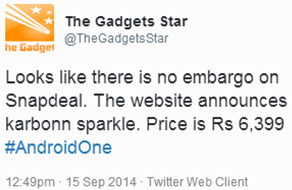 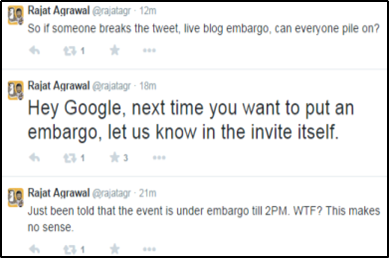 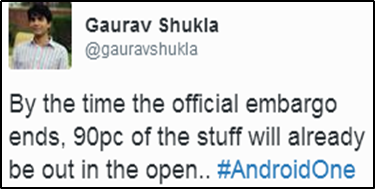 Interestingly, Economictimes.com had a live blog just for the event and by the tweets I read, it seemed like Google never informed the journalist about the embargo. 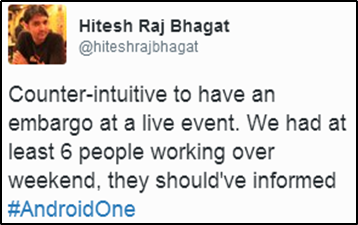 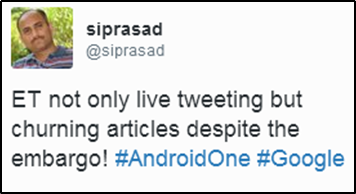 A new Twitter handle for AndroidOne India was launched post the announcement - @AndroidOneIn. It attracted few thousand followers within minutes and as of writing there are 3943 followers. There were few tweets on @GoogleIndia handle post the launch event as well.

In fact the next day, all the newspapers were flooded with launch news and interview of the spokesperson and it surely did make for an amazing offline PR activity.

However, In my humble opinion, this was a social media disaster. Do you feel being one of the biggest tech companies in the world, the positive announcement overpowered the negative tweets that went online?

Do you think Google wanted to set apart its social strategy from Apple?

I’d love to know your thoughts in the comment section below!
Posted by Ancita Satija at 12:57 AM